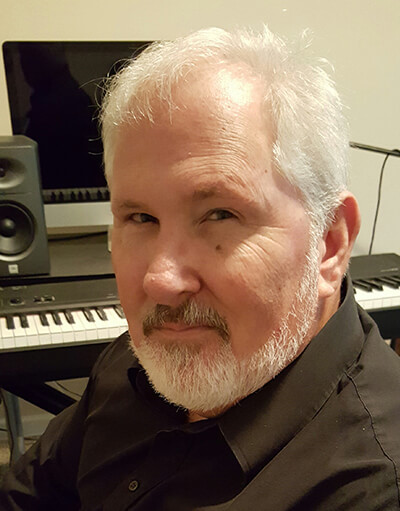 Marc Ridgeway’s life has always been surrounded by music. His foray into the art began at the age of eight when he started learning drums, guitar and then piano at age twelve. Marc Ridgeway has been actively involved in virtually every genre from Rock to Classical, and Jazz to Gospel, and has been playing for ballet classes since 1992. As musical director for Ballet Magnificat School of the Arts in Jackson, Mississippi, (1996-2003), he wrote and recorded sound tracks for two ballet videos as well as a Class CD (1999), which is widely used in ballet classes throughout the country. He also served as a pianist for numerous ballet workshops in Memphis, Houston, and Monroe La, as well as pianist for the 2002, and 2014 U.S.A. International Ballet Competition Dance Schools. Since August 2008, Marc has served as pianist for ballet classes at Belhaven University, and also serves as Music and choir director at his church. He has a home studio where he keeps busy with film scores and custom projects.