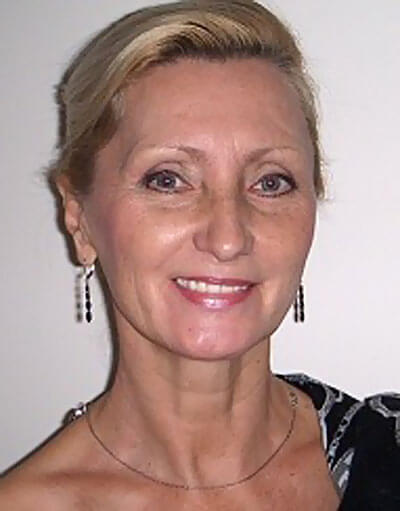 After 20 years of performing with the Kirov Ballet, touring throughout Europe and Asia, Svetlana Osiyeva thought about taking a break. “I was thinking I was finished with dancing and would start a new life of reading books, going to the theater, and traveling,” she says with a smile. “But reality was absolutely different. After two weeks with books, I was thinking I need to DO something!!”

Such vitality is Svetlana’s signature. Her wide-set, blue eyes and delicate features speak to her Russian ancestry. Her youthful beauty makes it hard to believe she spent decades training, performing, and teaching in classical ballet’s capital city, St. Petersburg.

Since the age of 7, dancing has been her life. The excellent training students receive in her classes at HARID can be traced to Svetlana’s own schooling at the Vaganova Academy, ballet’s most prestigious school. “I remember that 13 or 14 girls began in my class and eight years later there were only two of us.” Such attrition attests to the stringent life: competition was fierce and the demands were high. Their daily uniforms–leotards and cotton skirts which are easily purchased today–had to be hand-sewn.

The Vaganova Academy’s selection process took three months, during which time each child was seen three times. They were led into a studio in a line, 10 at a time, for 10 minutes. Dressed in underpants, the children were checked for flexibility, coordination, and the necessary physical proportions for a ballet career. Svetlana remembers the selection committee asking her “‘Would you like to dance?’ and I said, ‘I don’t know… yes?’ Next thing I found out, I was accepted. That was probably the last time I had fun when I danced. School was work.”

When she turned 18, Svetlana was invited to join the Kirov Ballet. “You have to push yourself all the time when you are dancing. Every day you have to be in shape, practicing the exercises. Doing that for 20 years is hard.” She says her favorite choreographers were Leonid Jacobson, Pierre Lacotte, and Marius Petipa, the father of classical ballet.

She now describes her professional life as “absolutely beautiful.” Once she decided to “do something,” she enrolled in the Vaganova Academy’s teacher-training program, another rigorous system. After four years, she received a pedagogy degree, graduating with honors.

Svetlana says she’s “very satisfied” at HARID, even though the school’s training differs from that offered at the Vaganova Academy. (Students enter HARID at 14 as opposed to 9 years of age.) “I can see such good results,” she says, adding that she is “so happy” to see the school’s graduates dancing professionally with companies.” “Every day I teach at HARID, I am interested in the students’ progress. It’s like washing a dish that you wipe maybe a hundred times and then, one day, it sparkles!”