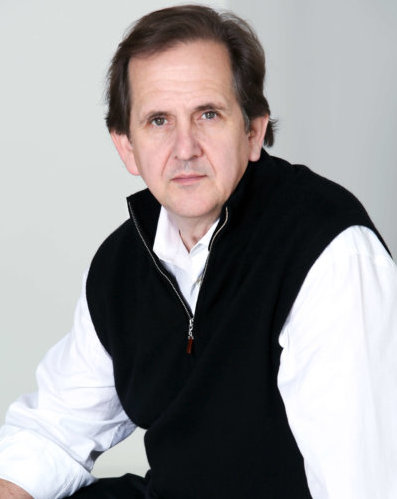 David Keary began his ballet training with the Jackson (Mississippi) Ballet under the direction of Albia Kavan Cooper, and later became the first professional dancer under the direction of Thalia Mara. He completed his training at the School of American Ballet, the official school of the New York City Ballet. Mr. Keary was invited by George Balanchine to join the New York City Ballet, where he performed the extensive repertoire of the NYCB and performances on the PBS series Dance in America. While a student at the School of American Ballet, he was invited to perform as guest artist to honor Princess Grace of Monaco. Before joining NYCB, he performed with Natalia Makarova’s company, Makarova and Company, at the Uris Theatre in New York.

He also appeared in the film, Reflections of a Dancer: Alexandra Danilova. Mr. Keary later joined the Fort Worth Ballet as principal dancer, where he performed ballets by George Balanchine, including Allegro Brilliante, Concerto Barocco, Rubies (Emeralds), Scotch Symphony, Square Dance, Who Cares, and works by choreographers such as Lew Christiansen, Lambros Lambrou and Michel Rahn.

Upon returning to Mississippi, he completed his undergraduate studies at Millsaps College and later received a Juris Doctorate from Mississippi College School of Law. He was the first legal intern at the Court and later served as a law clerk to Justice James W. Smith at the Mississippi Supreme Court.

In 1994, Mr. Keary transitioned and restructured Ballet Mississippi from a professional company into a professional school. He was appointed Artistic Director of Ballet Mississippi, and he choreographed a full-length production of The Nutcracker. Ballet Mississippi presents an annual Spring Gala, which highlights the emerging talent in the school while presenting classical, neoclassical and emerging choreographic works. Guest artists from the New York City Ballet, American Ballet Theatre, Boston Ballet, Miami City Ballet and many other companies have performed with Ballet Mississippi. Ballets performed include Le Jardin Animee from the ballet Le Corsaire, Act II from Giselle and Swan Lake, Act III Sleeping Beauty. Mr. Keary served on the faculty International Dance School of the 2006 USA International Ballet Competition, where he has also taught classes for the competitors since 1998. Mr. Keary teaches throughout the United States and provides consulting work for many ballet schools and performing artists. Aside from his work at Ballet Mississippi, he is a jazz guitarist with Swing de Paris, Jackson’s version of a Hot Club of France which features the gypsy jazz music of Django Reinhardt.