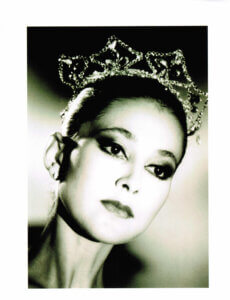 Lisa Hess was born in Amarillo, Texas. She received her early training from her parents, Neil and Camille Hess.

At the age of 10 years old she was the youngest dancer to receive a scholarship to study at The San Francisco Ballet School. She trained with Harold Christiansen, Anatole Vilzak, and Ludmilla Schollar.

At School of American Ballet, she trained with Alexandra Danilova, Felia Doubrovska, Stanley Williams, and Suki Schorer. While a student at SAB Miss Hess was chosen to perform with Rudolph Nureyev at the Uris Theatre in George Balanchine’s “ Apollo “!

In 1975 she was invited by George Balanchine to join the New York City Ballet. While a member of the corps de ballet, Miss Hess was chosen by Mr. Balanchine to dance the role of The Sugar Plum Fairy and The Dewdrop Fairy in the production of “ The Nutcracker. “ She was promoted to soloist in 1983 and danced principal roles in ballets by George Balanchine, Jerome Robbins, Bart Cook, and Peter Martins. She also appeared as a soloist in the filming of Bournonville Divertissements, staged by Stanley Williams. She appeared with Peter Martins and Patricia McBride in Ruth Page’s The Merry Widow. Ms. Hess-Jones also toured with Peter Martins and Mikhail Baryshnikov.

As a Guest Artist, she appeared throughout the United States, Australia, and Asia. In 1987 she followed her husband to Texas where she joined the Fort Worth Ballet as Principal Dancer under the direction of Nannette Glushak and Michele Rand.

After leaving her career as a dancer in order to start a family, Mrs. Hess focused on her interest in choreography. She received an invitation to participate in the Carlisle Project directed by Barbara Weisberger, founder of the Pennsylvania Ballet. Her work with the project was showcased in Philadelphia and Aspen, Colorado.

Currently Mrs. Hess freelances as a choreographer, ballet teacher, and competition coach. She and her husband, Wayne Jones, are active in their community and church congregation, and the lives of their two adult sons and one wonderful daughter in law.